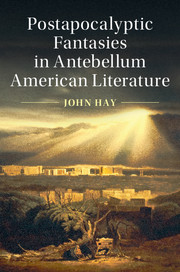 Even before the Civil War, American writers were imagining life after a massive global catastrophe. For many, the blank slate of the American continent was instead a wreckage-strewn wasteland, a new world in ruins. Bringing together epic and lyric poems, fictional tales, travel narratives, and scientific texts, Postapocalyptic Fantasies in Antebellum American Literature reveals that US authors who enthusiastically embraced the myths of primeval wilderness and virgin land also frequently resorted to speculations about the annihilation of civilizations, past and future. By examining such postapocalyptic fantasies, this study recovers an antebellum rhetoric untethered to claims for historical exceptionalism – a patriotic rhetoric that celebrates America while denying the United States a unique position outside of world history. As the scientific field of natural history produced new theories regarding biological extinction, geological transformation, and environmental collapse, American writers responded with wild visions of the ancient past and the distant future.

The Year’s Work in English Studies 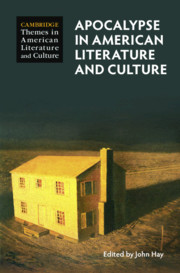 The idea of America has always encouraged apocalyptic visions. The ‘American Dream’ has not only imagined the prospect of material prosperity; it has also imagined the end of the world. ‘Final forecasts’ constitute one of America’s oldest literary genres, extending from the eschatological theology of the New England Puritans to the revolutionary discourse of the early republic, the emancipatory rhetoric of the Civil War, the anxious fantasies of the atomic age, and the doomsday digital media of today. For those studying the history of America, renditions of the apocalypse are simply unavoidable. This book brings together two dozen essays by prominent scholars that explore the meanings of apocalypse across different periods, regions, genres, registers, modes, and traditions of American literature and culture. It locates the logic and rhetoric of apocalypse at the very core of American literary history.